The Pasanggrahan was estimated to have been built in 1890 and has always held importance to the island of Bonaire.

This building originally served as residence for Cornelius Raven Debrot and his family. The Debrot’s were a renowned Bonairian family, whom owned a fair amount of land on the island, had ties to the state affairs of the Antilles and also contributed to the literature of the region. 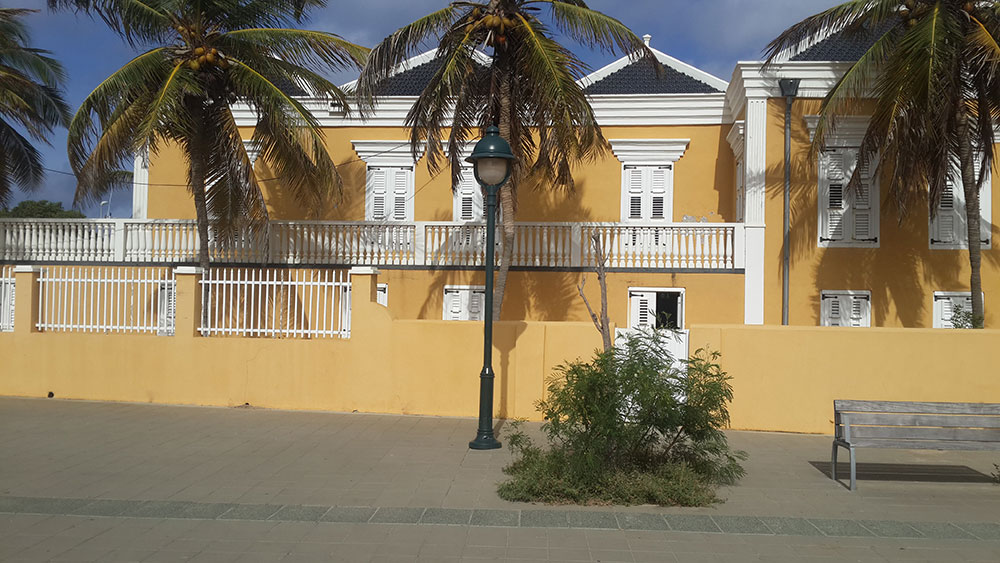 After Cornelius’ death in 1921 it became a government building and was used as a Pasanggrahan (An Indonesian word for guest-house), accommodating visiting officials and serving as the governments guest-house. It has also served as an office of Public Works and was once even a courthouse.

Interestingly enough, it served as an accommodation for Princess Juliana in 1944 during her one-day visit in Bonaire. It was restored in 1980 after which it was used as the island Parliament house where the island council meets and today serves as the town hall of Bonaire.

Due to it’s importance the Pasanggrahan has always been well maintained and never been allowed to fall into a state of disrepair. 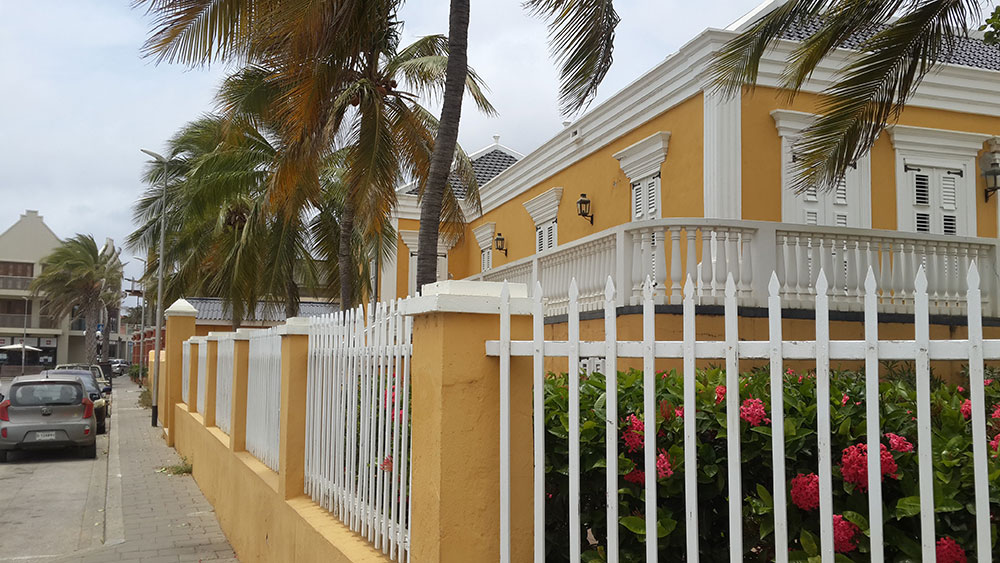 This building is in a beautiful Ocher Yellow color and has become a protected monument. It was built in a Neo-classical style and like Fort Oranje, was made of stone. The design of the building consists of three rectangular blocks that join together on the long sides. These are supported with two further rectangle blocks connected at the rear. All five of these blocks are roofed with black gazed tiles on a hipped style roof. The hips and ends are cemented and are ornamented at the ends. 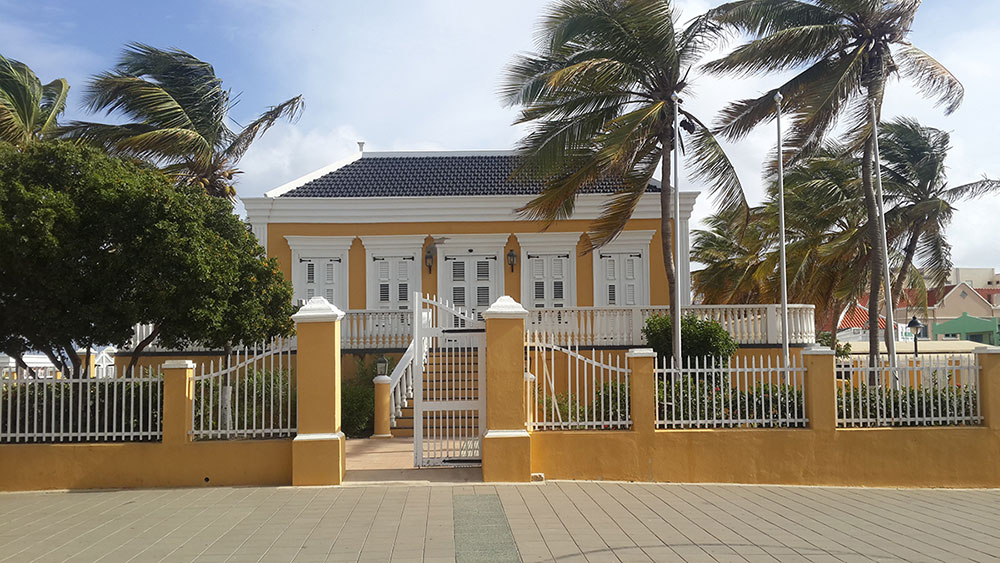 There has since been a recent restoration project on the Pasanggrahan (2012-2014) that has created some adjustments to the existing structure to make it more accessible for disabled persons, along with a few more renovations such as an anti-moisture solution. Today even getting married in this monument is a possibility, as it has a large wedding hall located inside with which to accommodate matrimony.

If you would like to see this historical building along with a few other historic structures in the region, you can contract a rental car and park it in the adjoining parking lot next to Plasa Wilhemina. In this area you will find the Pasanggrahan, Fort Oranje and the also the Government Office. All easy to access and see in a day trip with plenty of restaurants and cafes in the area for a lunch or breakfast.