Travelling to Findhorn (Scotland) in 2002. After 50 hours on the road and 28 hours in the air travelling from Fiji, the flight to Scotland felt so short. I felt excited to visit Natalja and the place I lived for 17 years. Natalja had to work at Kinloss shop so my first visit was there. What great fun to see her again. My friends Pauline and Alex Walker, with whom I stayed in Findhorn Village, were at the local craft fair so that was my next stop and there were many familiar faces. I felt like I was in a time warp. 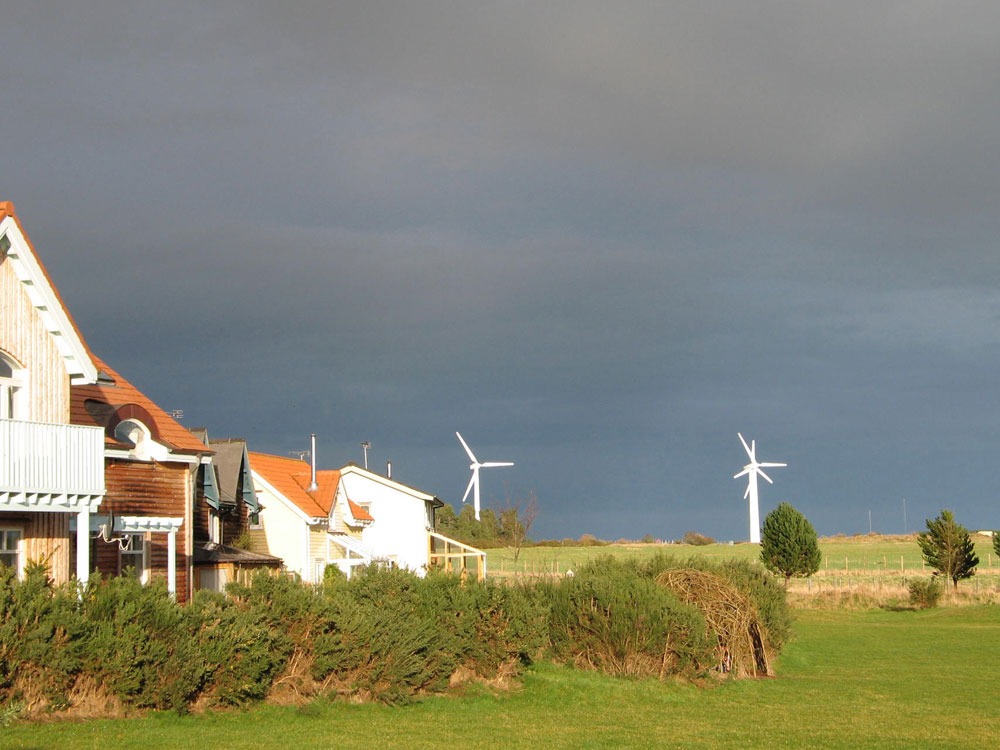 Not many things had changed (apart from the entrance to the Caravan Park and the Field of Dreams) and I met many people I knew. Pauline and Alex have a little dog called Frisky and the early morning walks with her and Pauline were delightful. I had as many layers on as I could possibly fit into and enjoyed the cold, crisp air. The beach was as beautiful as ever with low hanging clouds and seals bathing on sandbanks in the distance. We celebrated Natalja's 17th birthday with Gloria, Vita and Alexander in the Ramnee. There was just one problem I was running out of time! I spent as much time as I could with Talja and visited all my Scottish web-design clients. I also spent time with my old friends and watched the '6th Year Academy Show'.