On January 2nd we flew out to the Cook Islands, a delightful group of very small islands in a vast ocean. We spent two days on the main island called Rarotonga. After that, we flew to an outer island in the Southern Cooks, called Aitutaki. The moment you arrive on Aitutaki you feel you have stepped about 30 years back in time. 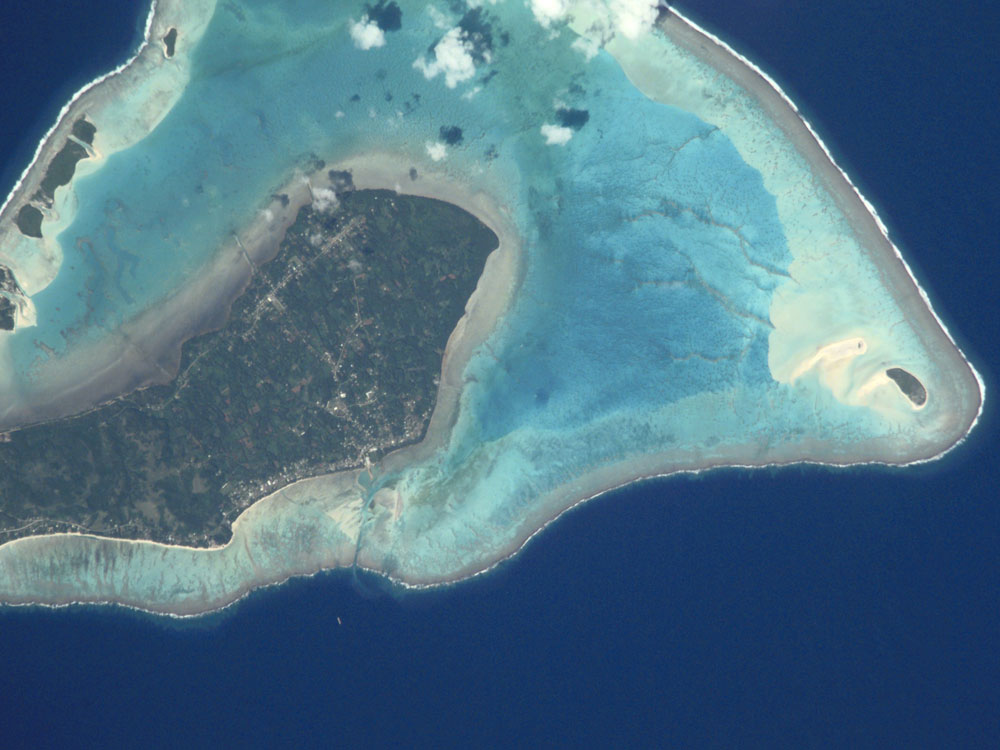 The island is 12 km by 15km. The outer reef of the lagoon is dotted with beautiful motus (small islands) and the water in the lagoon is the most beautiful turquoise while the ocean around is a deep, clear blue.

We stayed at Gina's Lodges, surrounded by tropical plants, bushes and trees, including around 30 different varieties of Frangipani or Plumeria, also lots of Bougainvillea and Amaryllis. We had freshly harvested bananas, papayas and mangoes with a touch of lemon for breakfast on the balcony.

We rented a small 100cc motorbike and covered every road on the island. You can a complete circular tour of the island in just a few hours. The road runs close to the coast most of the way and passes through several pleasant villages. There is always plenty to see. Large crabs duck into holes as you come by. We saw a few unfortunate ones held by a girl on the back of a bike. Naturally she held her arms as wide as possible so the crabs couldn't pinch her. Ripe fruit lay under big trees where they fell. Exuberant children laugh, play and sing. There were also numerous pigs and free-roaming chickens around people's homes.

One of the highlights was our first dive where I spotted a fabulous Spotted Eagle Ray giving me a fantastic show of how to fly under water. The other highlight was an island night (Peter's birthday) where 5 young man and women gave an extraordinary display of hip and leg movement against the backdrop of an old barn. The passionate drumming and singing was performed by the elders of the village. We were also treated to a wonderful display of fire dancing, started off by a youngster no older than 6! What was wonderful as well was that not just the tourists came out to watch this spectacle; the whole island population came out.