In 1874 Barclay, Curle and Co. built an iron-hulled barque windjammer (A style of late 19th century steel sailing vessels from the Merchant Navy) in Glasgow, Scotland. Unbeknownst that she would one day become the infamous “Ghost Wreck” lying under 200 feet of water off the coast of Bonaire! 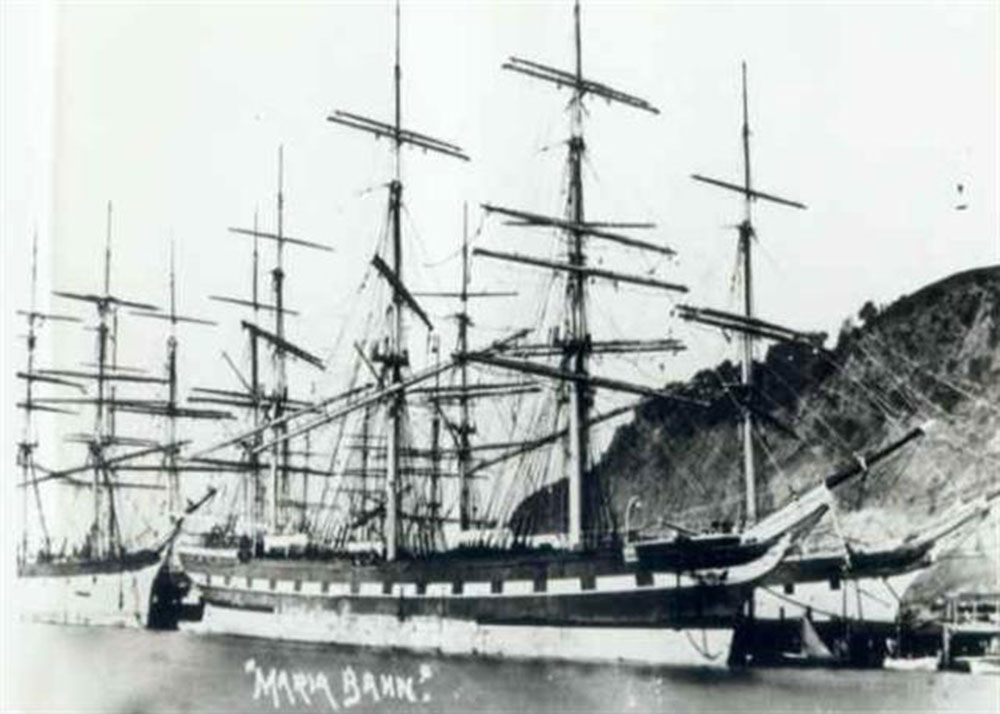 Once dubbed as one of the most handsome sailing vessels in the Pacific. The windjammer was named the “Mairi Bhan” (Gaelic for Bonnie Mary). Built for the thriving India-England trade routes, she made her maiden run from Glasgow to New Zealand in 75 days, and like the Cutty Sark, was one of the fastest sailing ships in her day. At the turn of the century, steam ships started taking over the shipping industry and the Mairi Bhan lost her trade routes to the slower but more consistent steam ships, and consequently, was sold to the Italian company Denegri and Mortola.

She was then turned into a tramp vessel, sailing from port to port under the captaincy of Luigi Razeto. She went wherever the business was good picking up presumably mostly legal cargo on the routes. Then in December 1912 the once glorious beginning of one of the most beautiful Windjammers in the Pacific, would meet a tragic end in the Caribbean off the coast of Bonaire. 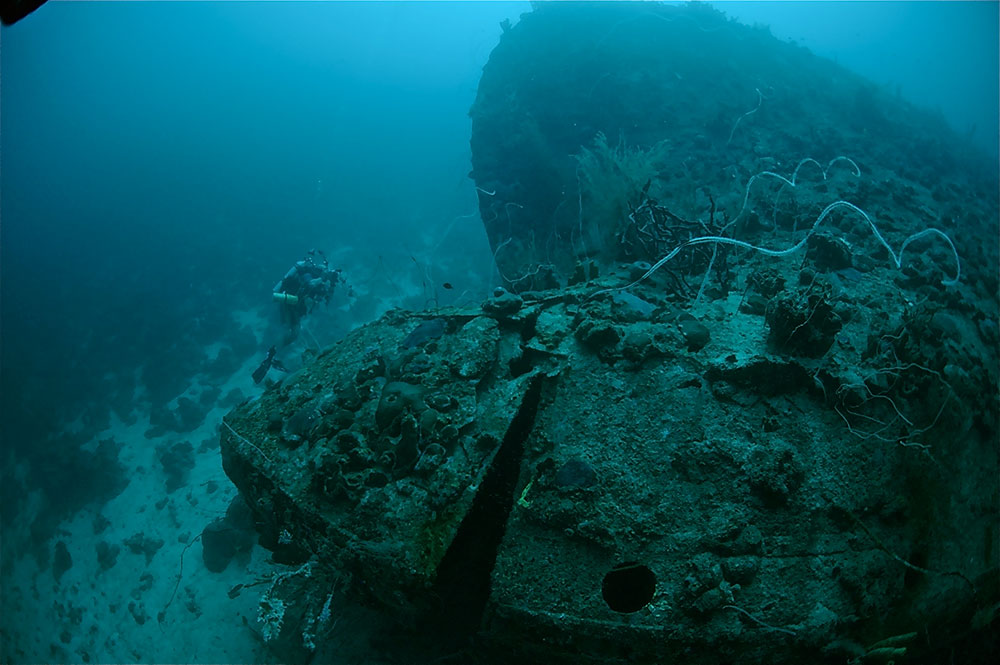 The Mairi Bhan was tasked to sail from Italy to Trinidad carrying leather goods, olive oil, fabrics and marble which was in-turn traded for a load of Asphalt intended for a return trip to Marseilles. There are many different stories and versions of how the Mairi Bhan met her end, of which no one really knows which is true. From a storm which forced the ship into the reefs of Bonaire, leading to the falling of a Kerosene lamp which set the barrels of Asphalt on fire? Sabotage? Or a weary Sea Captain that felt his ship had depreciated with leaking hull rivets and on some accounts even mutiny attempts and cholera. Did he feel the ship was beyond repair and decide to purposefully run it aground instead of letting it sink at sea? 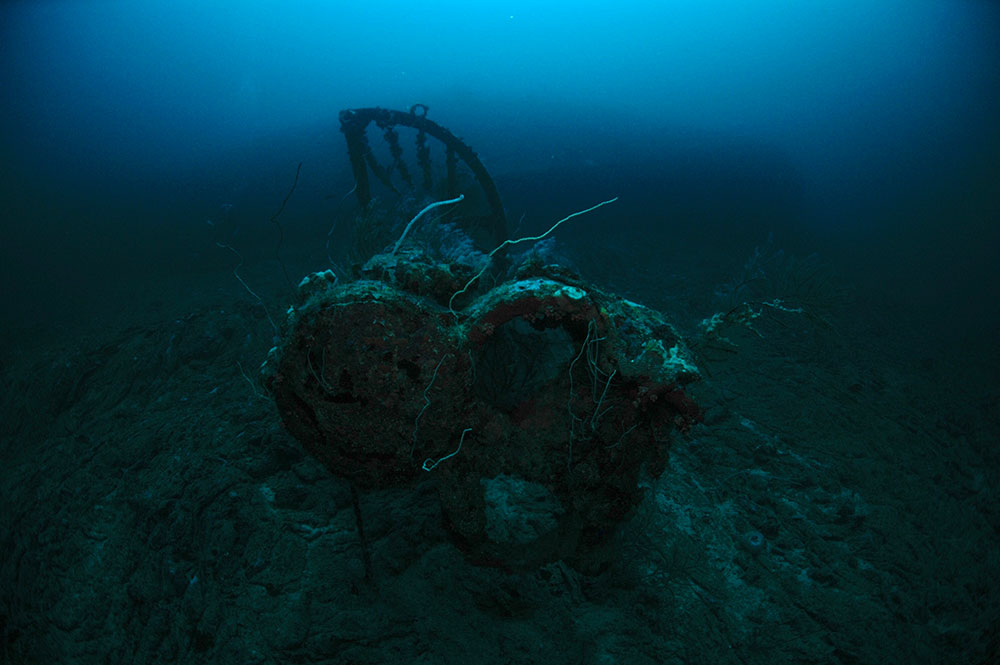 What they can roughly surmise is that on whichever account or story, the ship probably didn’t sink immediately, but instead was stranded on the reef allowing the crew and most items of value to safely disembark. The Bonairians then proceeded to salvage the ship of its sails, wood from the bridge, copper and nails. Two people were killed in the process when one of the three masts fell. Shortly after this tragic event a Hurricane dislodged the ship from the reef, where it capsized. The Mairi Bhan then slid down to her final end at the bottom of the Caribbean sea. Legends among the Rincon (The village on the Northern part of Bonaire) fisherman say that the ship did not sink but vanished, only to return one day to seek revenge against all those who stripped her of her glory, sparking the label of “Ghost Ship”.

Today the “Windjammer” is a technical dive site located in front of the Bonaire Petroleum Corporation (BOPEK) fuel oil and transportation terminal. The wreck is located 200 feet down and is only allowed to be dived by experience divers. The depth of the shipwreck and strong currents have made it only accessible by seasoned divers, accompaniment by a local dive guide is also mandatory. You will need to get special permission from BOPEK to make this dive as its position lies under their very active terminal, but on non active days, permission can be granted to allow this dive. 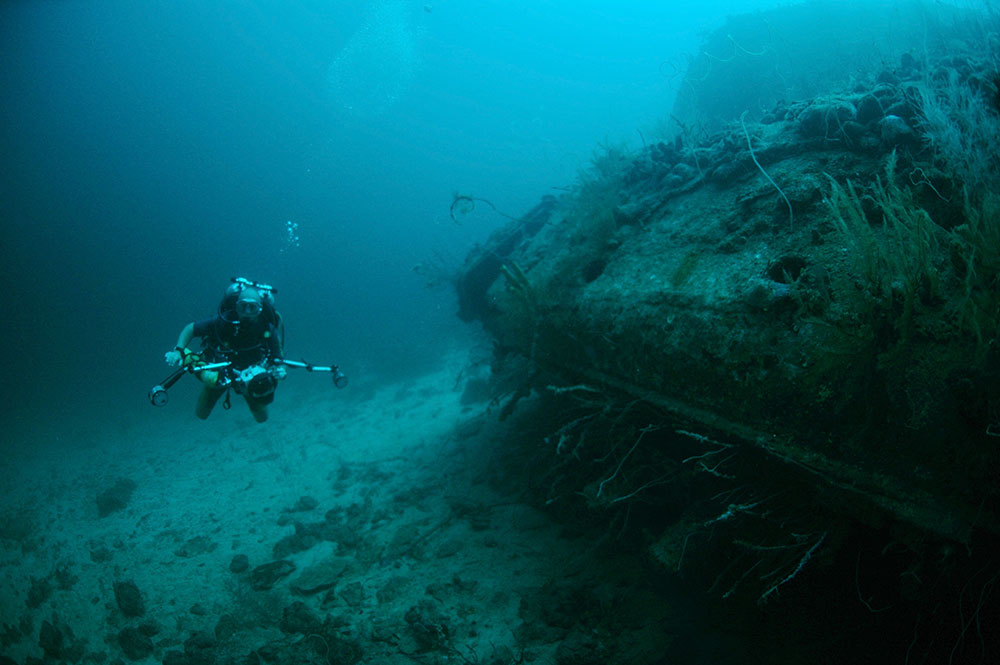 The Mairi Bhan finally rests peacefully on her starboard side 200 feet below Bonaire's beautiful blue waters. Her hull is covered with corals and sponges and is now called home to plenty of marine life. 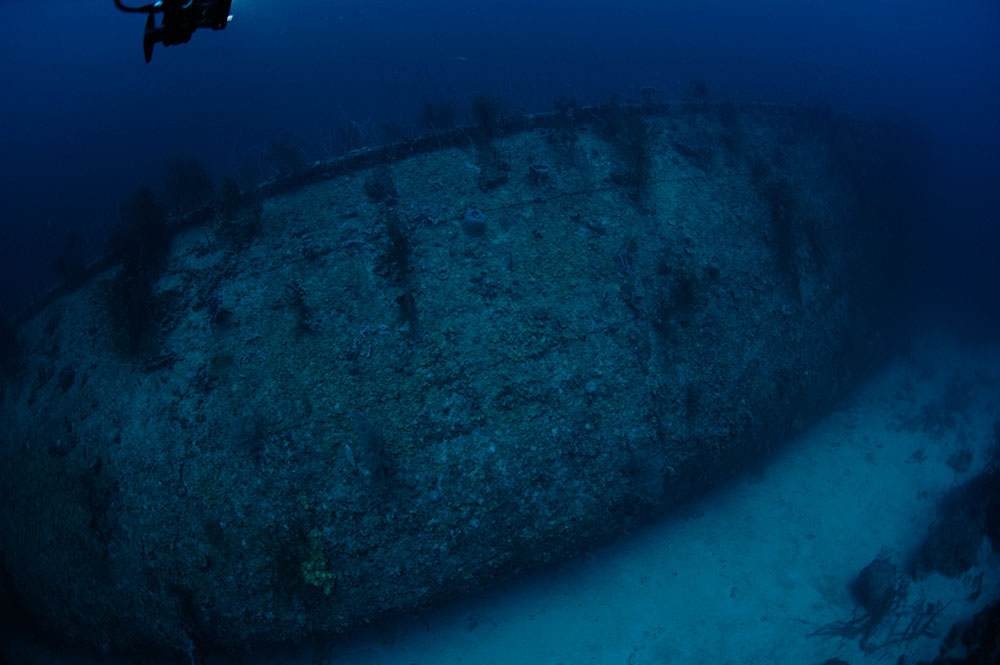