Bonaire has two species of dolphins commonly seen around its shores. 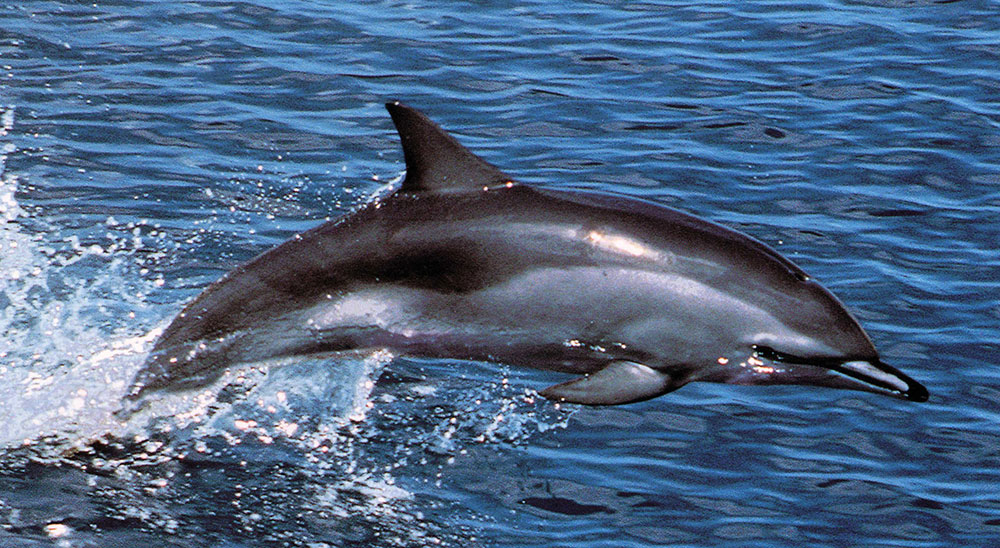 The Spinner Dolphins that love to swim around tourist boats and dive boats, particularly between the mainland and Klein Bonaire, although not exclusively.

In addition they are also often seen way out in the deep water swimming parallel to the shore.

The main characteristic of these smaller dolphins, is that they will jump out of the water frequently as they are travelling and some times spin around as they jump.

If a snorkeler jumps into the water from a boat, to see them more closely, the dolphins will mostly disappear 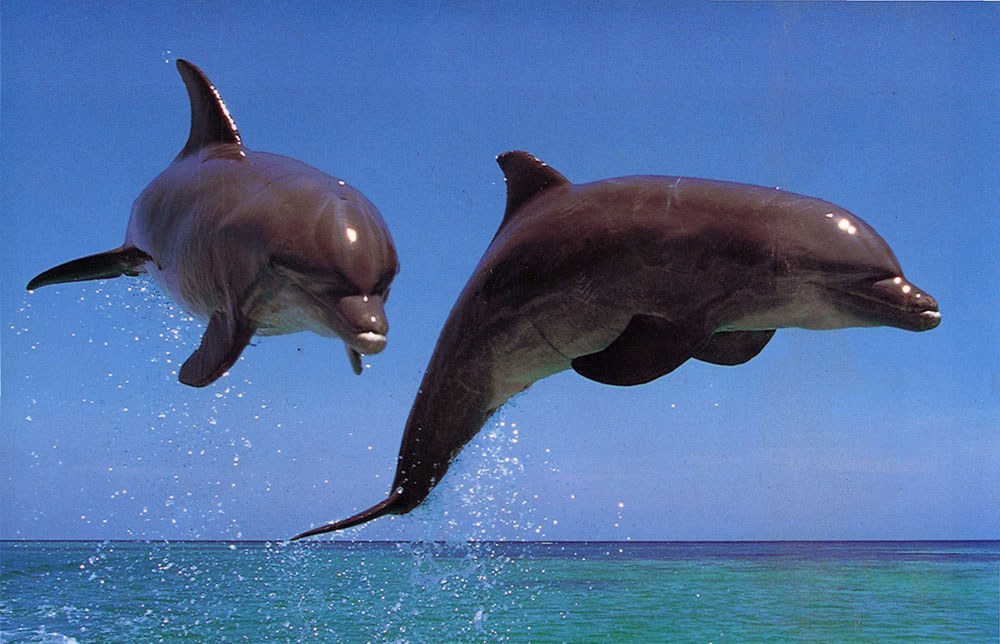 Less commonly seen are the larger Bottlenose Dolphins. These are seen up to 50 times a year swimming along the drop off, of the west facing coast usually in the North South Direction.

Sometimes there may be small groups of 5 and sometimes pods of 30 or more.

If a swimmer, or swimmers are in the water trying to get a closer look, the dolphins may take a look at them or they may just swim nonchalantly past.

It is important not to try to interact with the Dolphins unless they come to you with something to take from them, which is very unusual.

Just swim or fin alongside them. They will not harm you but if you threaten in any way they could.

If you see any of these larger species at any time, please visit Facebook Page 'DolphinSpotterBonaire' and leave a message about your sighting.

How often do we see Bottlenose Dolphins passing close to our west shore?

In the best years we would expect to see them once a week on average, however, sometimes when we see them, they have new born calves and they are likely to stay around for 3 to 4 days at a time.

What is the average group size that we would expect to see when they come?

Most of the groups have at least 30 animals comprising extremely large ones to new born calves. Frequently small groups of 5 or so will be seen, swimming much faster than the big groups. These will be males, looking for the larger groups which are generally females, calves and juveniles.

How long do the Caribbean Bottlenose Dolphins stay underwater?

Generally they will stay underwater for 30 seconds without breathing, however, they can extend that time up to 10 minutes or even longer, depending upon circumstances.

Because these dolphins keep swimming all the time, don’t they ever sleep?

These animals swim with half of their brain resting or sleeping for a few minutes at a time and then alternate with the other half.

Can I swim with these Dolphins?

Yes, if you see a group of Dolphins coming towards you then just relax in the water and watch through you mask. As they approach you they will generally go sideways or underneath you and you can have good close up views of them. Turn around and swim in the same direction as the group as long as you can, but do not attempt to touch or interfere with them.

Are these Dolphins Dangerous?

There are no recorded incidents of Dolphins attacking human beings, however they could be aggressive if a person came close to one of their calves.

What should I do if I see Bottlenose Dolphins?

Make some notes in your head as to how many, where you see them, any young ones and how many, any distinctive markings and if you have a camera, please take as many pictures as possible, especially of the dorsal fin from a sideways on perspective. 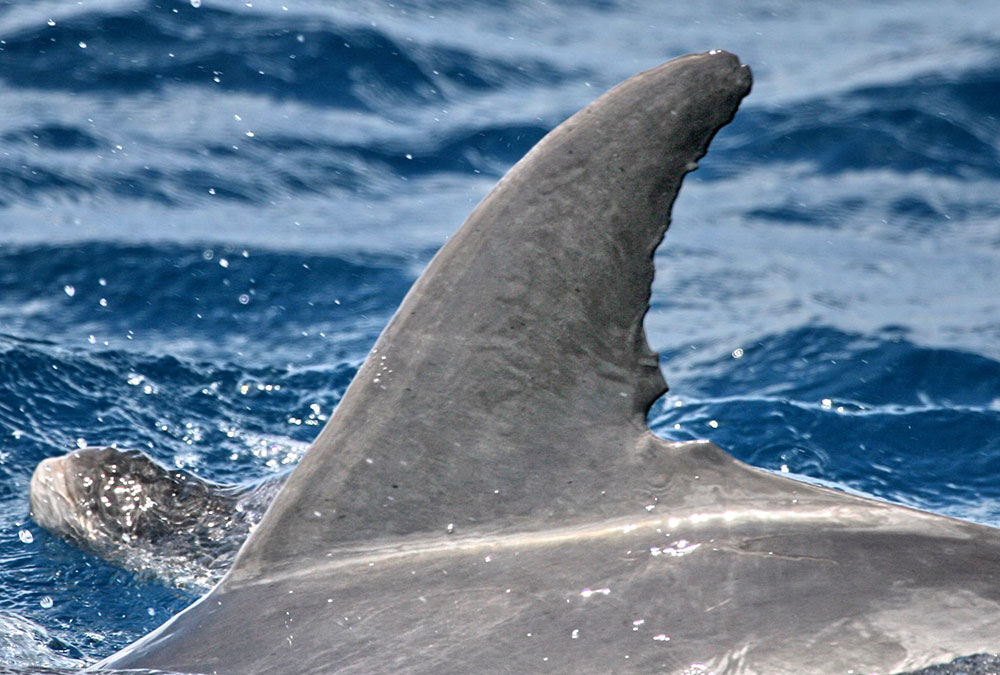 One researcher on the island has been keeping records of Bottlenose Dolphin passage for over 20 years and he has collected a large number of pictures of Dorsal Fins. This is the Bottlenose Dolphin Fingerprint and it is how we can tell one from another.

Together with colleagues in Curacao, they have identified particular individuals that have been to both islands. Marie, in the picture above is one of them.