Once a year in Bonaire a harvest period takes place from February to April, it is during this period that farmers traditionally harvest sorghum. Sorghum is a cereal grain that the farmers (Traditionally known as Kunukeros in Bonaire) harvest out in the Kunuku. Kunuku is a Papiamento word and is a general term used in the ABC Islands of the Caribbean to describe the rural parts of the islands, outside of the town.

After the Kunukeros complete a harvest, they host what is known as a Simadan. What is a Simadan? It is a cultural parade that takes place starting in the Kunuku which continues to the house of the Kunukeros (In the old days the parade travelled to the Mangazina di Rei in Rincon). The parade encompasses local music, traditional clothing and local cuisine, where a lot of residents come to Wapa! 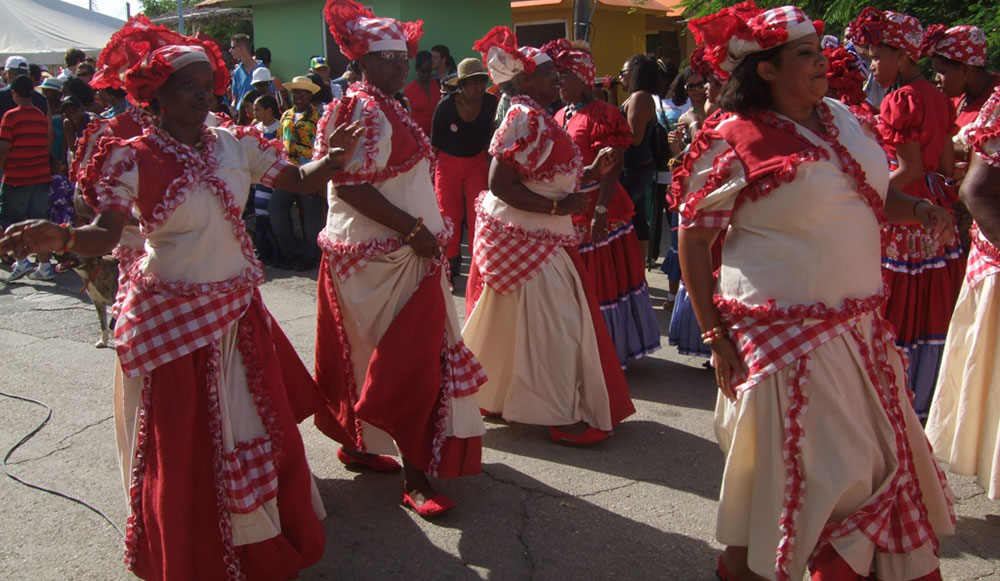 The Wapa is a very specific style of dance that occurs in long lines, these lines have a rhythmic back and forward motion performed arm in arm. In conjunction with the dance, the Simadan also developed its own music. It features African influenced call and response style music and developed three types of songs, Dan Simadan, Belua and Remailo. Bonairians were very resourceful and were able to craft the musical instruments they used out of farm utensils and items from around the Kunuku.

The Bari, a small rum barrel stretched with sheepskin is of particular use during Simadan. Also used to create a beat for Simadan, is a hollowed out Calabash that was kept floating in water.

The Simadan festival traditional comes to an end with Dia di Rincon (Rincon Day) on the 30th of April, one of the biggest festivities on Bonaire. The traditional Simadan parade, dances through town in the afternoon, and is usually seen as the highlight of Dia di Rincon, with a modern version of the Simadan taking place in the evening. 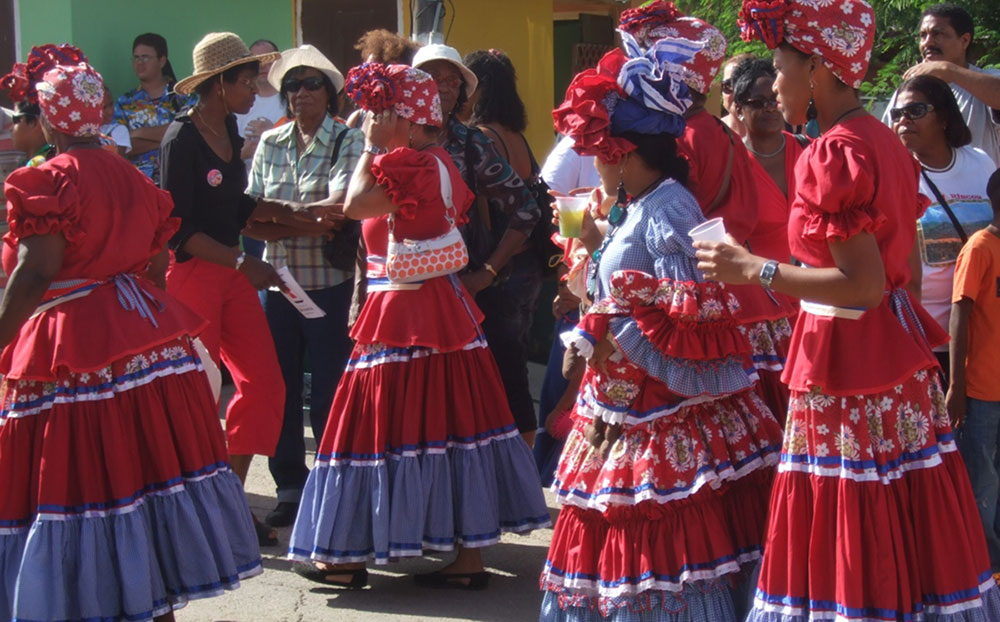 We would suggest that if you are lucky enough to be on Bonaire during this time, that you hire a car for a trip to the village of Rincon to catch the Simadan Parades on Dia di Rincon, for a first-hand experience of one of Bonaire’s most culturally rich events.